Apply for a Job 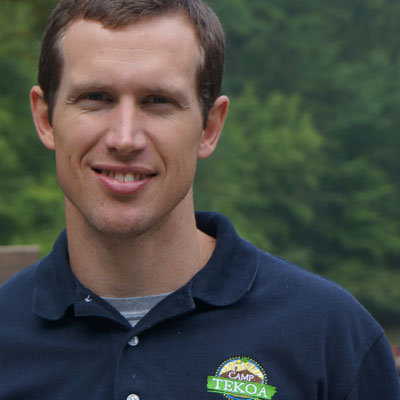 John joined the Camp Tekoa staff in 2013. During his tenure as Assistant Director, John worked with other staff to expand camp capacity, create and build new adventure programs, increase missional impact, enhance spiritual development of staff and campers, and develop an annual camper offering that has given annually to neighboring ministries. John was a catalyst in the expansion to Tekoa Foothills and facilitated organization of different ministries including Tekoa Missions, Tekoa Retreats. John’s development of the Raise Your Candles High fundraising campaign has enabled the Tekoa Family to support the mission of Camp Tekoa during uncertain times.

He looks toward the future of Camp Tekoa with gleeful anticipation, while also protecting the traditions that the Tekoa Family holds dear. John says, “I have learned so much about the Tekoa experience from its past two Directors and believe that I can maintain the vital history of our ministry together, while exploring the ways Tekoa can become stronger in the coming years. In short, I feel a calling to this place, a readiness to serve and a passion for the expansion of our mission.”

He has spent over ten years in youth ministry at Bethlehem UMC in Waxhaw and First UMC in Hendersonville. He also ran a camp for Livada Orphan Care in Romania. He met his beautiful wife Carrie at Camp Tekoa (on the front steps to be exact) and also proposed to her at camp. They have three children. John graduated from Campbell University with a BA in Graphic Design and Studio Art. He also has an MDiv from Gordon-Conwell Theological Seminary. He is a Deacon in the Western North Carolina Conference of the UMC.

When not at camp, John enjoys hiking with the family, backpacking, disc golf, mountain biking and pretty much anything else in the woods. Camp Tekoa involves his greatest passions of serving children, discipling staff and ministering in an outdoor environment. 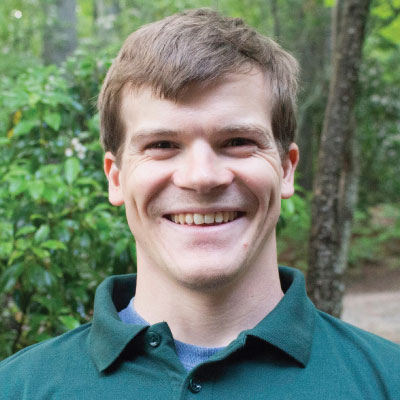 He has a passion for youth and children and is a gifted mentor. He will be an integral part of the continued growth in Tekoa's ministry. Dave has a B.A. degree from Florida Southern College in religion and philosophy. He also has a M.Div. degree from Duke Divinity School. He has served in multiple camp and retreat ministries across the southeast. The Tekoa DNA is steeped in a legacy of powerful ministry, similar to other camp ministry settings that have formed Dave. He is excited to be a part of the exciting ministry God is doing through Tekoa. In addition to camps, Dave has also served in churches as well as college campus ministries across North Carolina. Dave feels passionate about discipleship and leading people in intentional Christian community, especially out in God's creation. Dave loves being in the mountains with his wife and growing family. 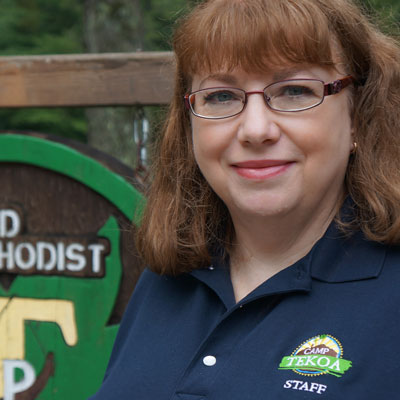 Karen joined the Camp Tekoa staff in May, 2001. She has an undergraduate degree in Psychology from Duke University. She has also worked on her masters degree in business & accounting at Xavier University & WCU. Karen has been married to her husband Jim since 1978. She is also Mom to Joseph, an executive chef, and Becca, a marketing manager for a non-profit.

Karen is a member at the Skyland United Methodist Church where she is involved in new member ministry and volunteers in several other ministries. Karen's hobbies include hiking, walking, reading, and cheering Duke Men's & Women's basketball teams. 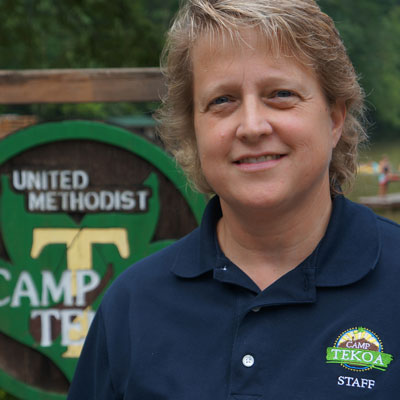 Melisa joined the camp staff in January 2007 Since her start, she has helped Tekoa transition to a fully "live" summer registration system and has implemented a proactive communication plan between Tekoa and its registrants, donors, board members and conference churches.  She has taken on more responsibility in the fund development side of Tekoa and is involved in professional development classes to become better equipped to be a part of our fund building team.

Melisa has her Master's degree in Christian Counseling from Liberty University and works as needed in a local church.  She enjoys helping people overcome challenges and sharing the Light of Christ.

Melisa is the founder of a non-profit ministry that she manages in her spare time. Melisa also enjoys hiking, running, camping and spending time with her family and friends.

Alicia joined the Camp Tekoa staff in 2015. She has spent over ten years in camp and afterschool programs in Western North Carolina and Orange Park, Florida. She served with Bahamas Methodist Habitat on the island of Eleuthera, where she hosted volunteer teams, directed afterschool, and participated in special community events. She has a Siberian Husky puppy named Blaze, and a county fair goldfish named George. Alicia graduated from Stetson University with a BS in Psychology. She also has an MS in Youth Development Leadership from Clemson University.Alicia loves encouraging campers and their families to PLAY as often as possible, preferably outside. She enjoys lifeguarding at the lake, hiking with her dog, and short backpacking trips through the woods. Some of her goals are to become an author, section hike the AT, and meet Kid President. 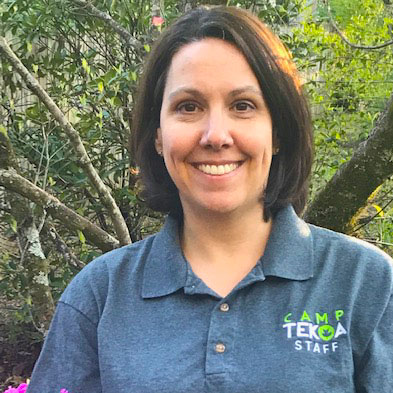 Holly joined the staff of Camp Tekoa in 2020 as Office Assistant. She first became acquainted with Camp Tekoa when looking for an afterschool program for her son. She was excited by the camp setting for an afterschool program and quickly fell in love with the camp! Holly graduated with a BA in Business Administration from Furman University, and is originally from Franklin, North Carolina. She brings to camp a commitment of service to others and hopes to provide a seamless registration for the summer campers.
Holly has been married to her husband, Bob, for 13 years. They have two children, Gavin and Sarah. When she is not working she enjoys spending time with her family, traveling, cheering on the “ two Carolinas” as they are called at her house (Carolina Gamecocks in football and Carolina Tar Heels in basketball), camping, hiking, and enjoying the creeks and rivers of Western North Carolina.

Greg Trollinger has been Tekoa's Maintenance Director since 1995 and is responsible for keeping the buildings and grounds beautiful and efficient. Greg is always working on projects that continually upgrade the facilities and infrastructure. In the summertime, Greg is often seen transporting campers to their off-site activities in Tekoa's activity bus.

Much of Greg's free time is spent with his wife Eleanor, daughters Caroline and Julia, and son Charlie. As a family they enjoy activities such as camping and swimming. Greg also enjoys playing the banjo and riding his road bike.

Lucas Hannah is originally from a little town in South Carolina called Pumpkintown. He first started at Tekoa as a summer staff in 2019 and has worked part time in and around Tekoa since then. Lucas’ primary responsibilities include preparing our cabin spaces for weekend groups as well as assisting the maintenance director with general upkeep of the property as well as the various projects that take place outside of summer. He loves the people of Tekoa and is proud to call it his new home.

Thomas has been serving here at Tekoa for many summers and recently graduted from Clemson University. Jackie is a long-time camper and staff member who is in Graduate School at WCU.

We are so thankful for their gifts and experiences.